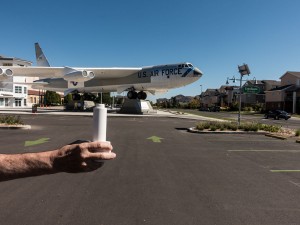 While historians mark the fall of the Soviet Union in 1991 as the end of the Cold War, its residues persist in many ways, most intimately as environmental damage and embodied waste. Massive contamination remains from the production, maintenance, and disposal of Cold War-era nuclear weapons; decades of improper handling, storing, and discarding of hazardous materials; and the prioritizing of military advantage over health and ecological concerns. However, these Cold War legacies are often difficult to see. Toxicity cannot be visibly detected; a history of secrecy and misinformation makes it difficult to weigh evidence; military sites are scattered and often remote; and the burden of hazard falls heavily on poor and marginalized communities. Furthermore, the vast infrastructure that produced and continues to sustain nuclear militarism remains overwhelmingly invisible or hidden in plain sight due to legacies of secrecy and the comparative banality of its landscape.The National Cold War Monuments and Environmental Heritage Trail is an emergent, distributed, and process-based memorial to a Cold War ‘victory’ that, taking into account ecological and health concerns, has yet to occur and is anything but assured.

The proposal consists of two parts. First, a series of public design charrettes will assemble people affected in various ways by nuclear militarism to map lesser-known, regional Cold War geographies and document existing domestic efforts to address environmental justice, labor, and human rights issues stemming from its history. Participants with propose a plethora of local and regional monuments to the nuclear heritage in their backyards. These sites and projects will become points of interest along the National Cold War Monuments and Environmental Heritage Trail, a designation similar to existing trails defined by the National Park Service.

Monument proposals for Illinois and Missouri 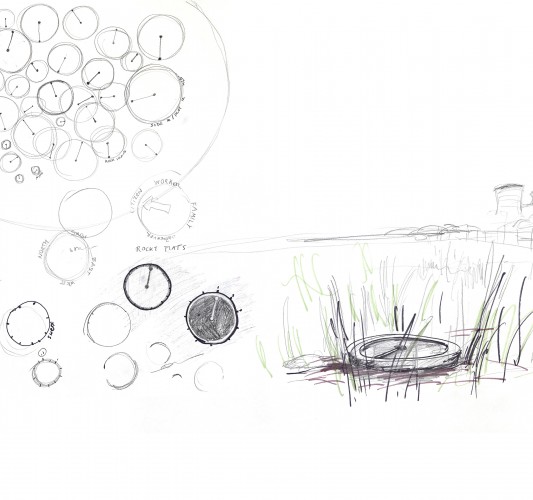 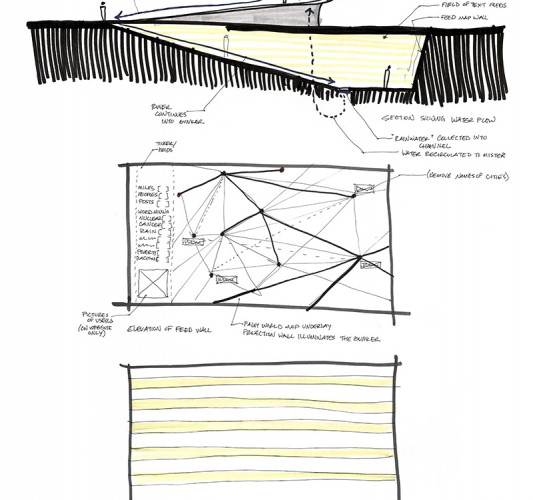 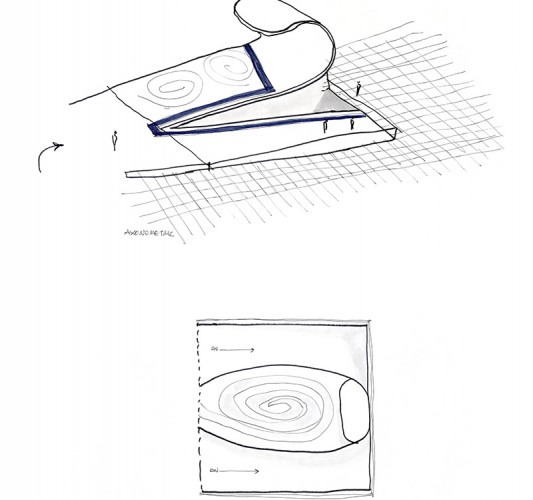 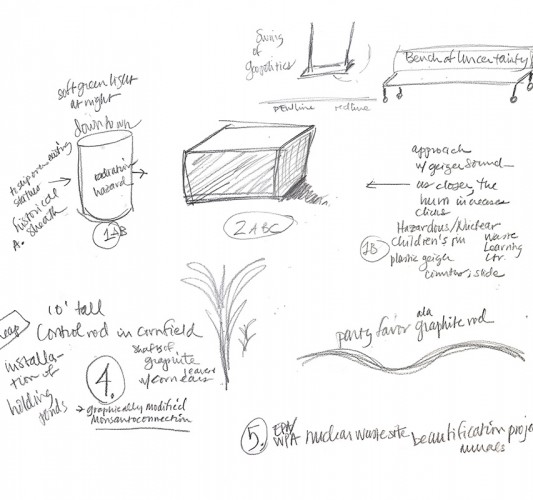 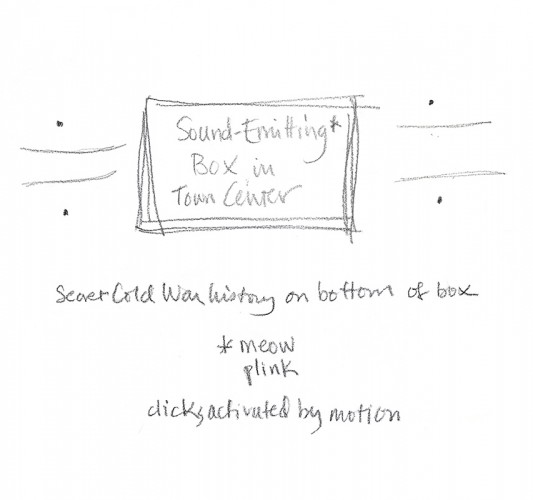 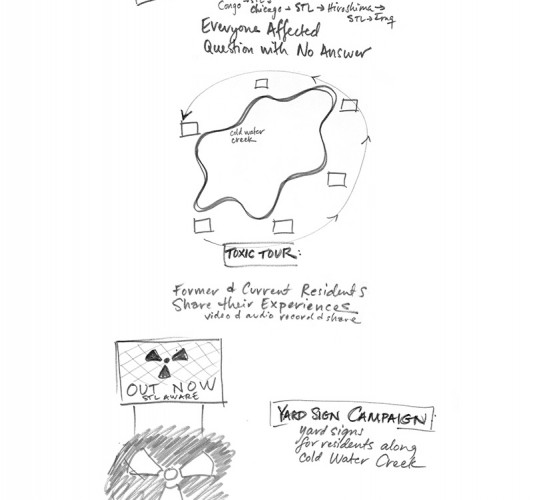 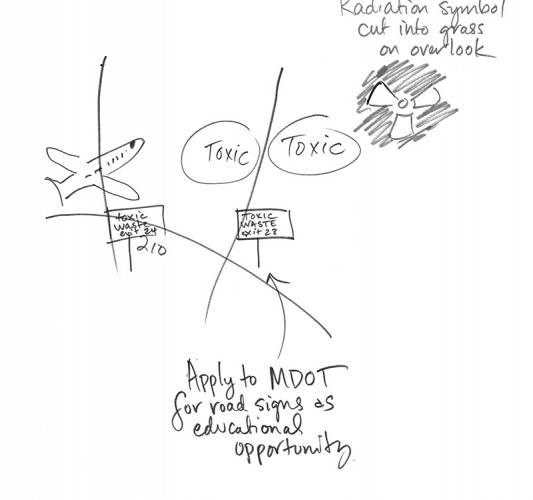 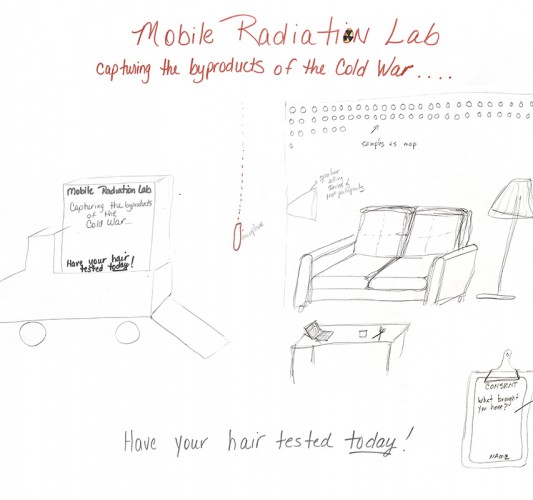 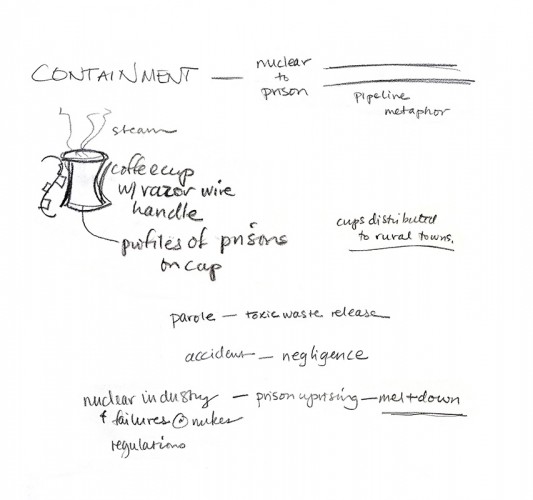 Second, a large, physical monument will consist of a pile of 17,287 bronze forms cast from nuclear waste storage casks. The number is based on the estimated size of the US nuclear arsenal at the fall of the Soviet Union in 1991. As Environmental Heritage Trail sites are identified through charrettes and government records, cask forms will be removed from the pile and installed as trail markers until the number of casks in the pile equals the number of weapons in the US arsenal (currently 5,113). As nuclear stockpiles continue to fluctuate, new casks will be added to the monument or removed for use as trail markers. 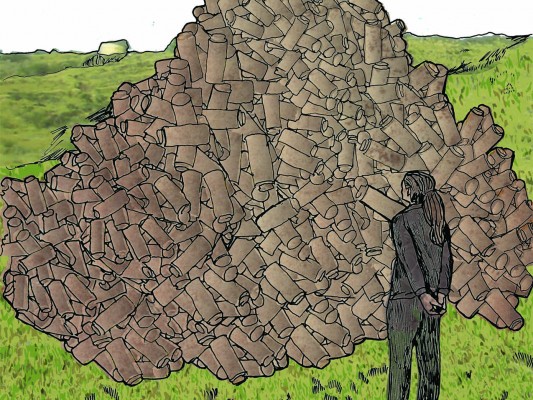 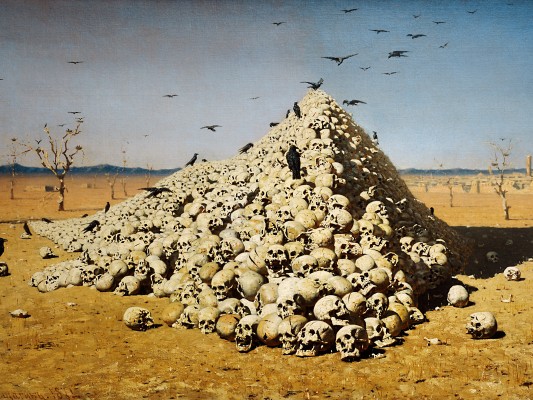 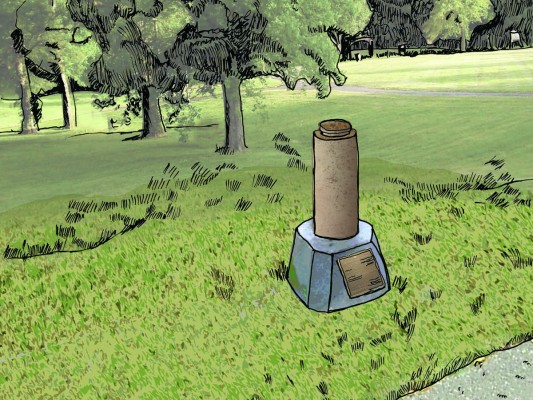 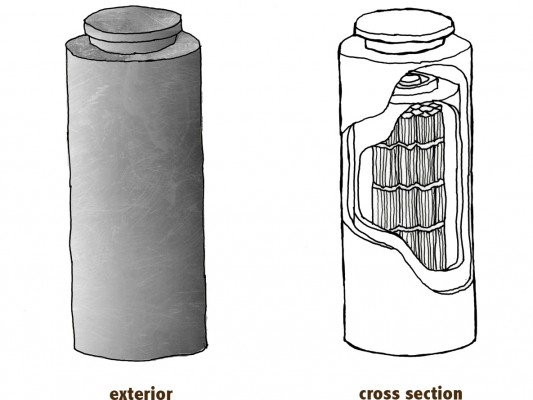 In contrast to traditional static war memorials, the National Cold War Monuments and Environmental Heritage Trail suggests a fluid and dynamic relationship among past, present, and future. Rather than encapsulating the history of the Cold War in a single site, the Trail commemorates it as geographically dispersed but physically present, temporally uncertain, and still open to debate. While the large monument suggests a post-minimalist spill piece, its constituent bronze forms use classic materials and invoke the traditional obelisk. The participatory process for discovering Environmental Heritage Trail sites seeks to publicly work through some of the historical antagonisms surrounding the Cold War not for the purpose of representing ‘all sides’ but to enact a form of commemoration that is more open to conflict, damage, and complexity. By pegging the expansion of the trail to the decommissioning of the atomic arsenal, the monument suggests that it is only through a continued process of demilitarization that a thorough accounting of the Cold War’s toxic debts can be made. 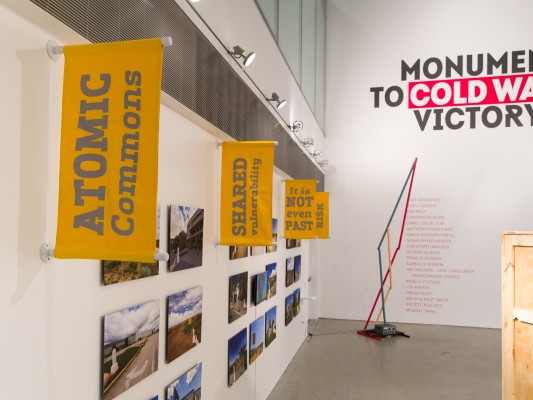 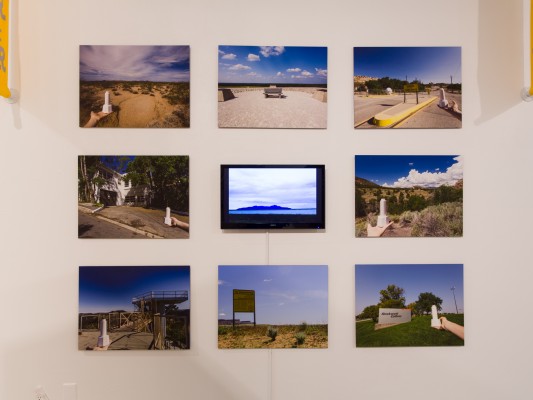 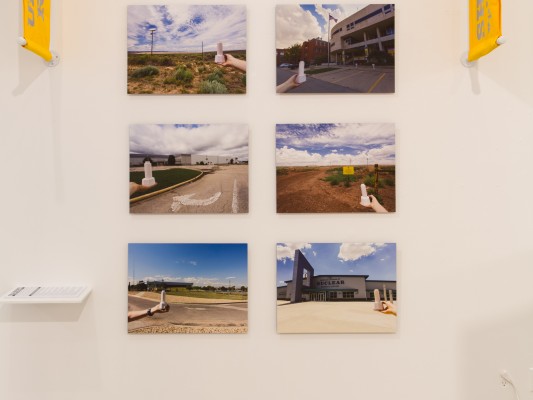 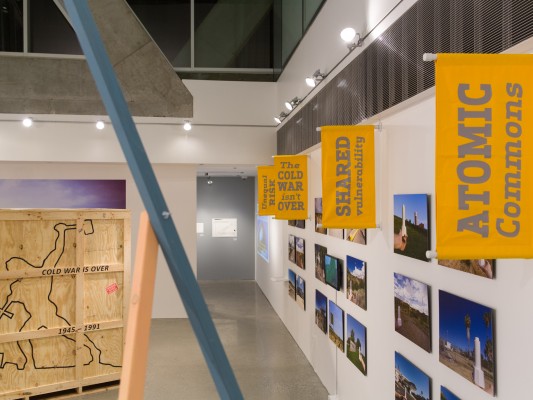 The National TLC Service has documented scores of potential sites for inclusion in the trail, producing this installation visualizing and nominating trail sites for the Monument to Cold War Victory exhibition at the Cooper Union in Fall 2014.