The Half-Life of Empire – Creative Research on Cold War Remains 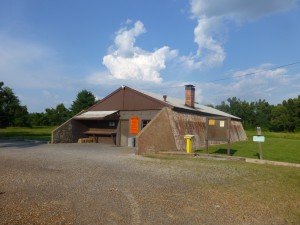 This session at the American Studies Association Annual Meeting brings together several collaborative projects that address the legacy of the Cold War through the visual and performative methods of creative research. While popular accounts maintain that the Cold War ran from the end of World War II to the collapse of the Soviet Union in 1991, the forms of spatial, cultural, racial, gender, economic, and ecological organization that sustained it had much deeper roots and did not evaporate overnight. Because the Cold War provided the justification for a global American empire, the nuclear arms race dictated technological, economic, and spatial development in ways that still can be perceived today. In the absence of meaningful public dialogue about the Cold War’s afterlife, extradisciplinary creative research has emerged as a space where these issues can be considered. Especially attuned to the visual, spatial, and performative dimensions, the projects in this session operate at the intersection between theory and practice to question the cultural and ecological impacts of the Cold War; to address and activate new audiences; and to begin an experiential examination of the era’s radioactive, military, and cultural remains. How does the Cold War live on, and in what forms? How does it connect with the colonial, carceral, and geopolitical relations historically and currently animating (U.S.) empire? What kind of political subjects and affects arise under these conditions? What kind of responses do they demand? If catastrophe, spectacle, and “eventfulness” are tactically used by the state and markets to make sensible the social distribution of life and death, then how might extradisciplinary methods create resistant forms of knowledge about our shared, but by no means equal, vulnerability to our “post-”nuclear world?

The session contributors each bring different disciplinary backgrounds and scholar-artist/scholar-activist practices to bear on these questions. Sarah Kanouse and Shiloh Krupar performatively introduce a fictional government agency dedicated to the vigilant detection and continual exposition of the toxic effects of U.S. militarism, specifically the differential linkages between bodies, environments, and exposures, and the subjugated knowledges of U.S. atomic memorializing. Through multimedia excavation and enactment, Kevin Hamilton and Ned O’Gorman trace how the Cold War re-organized popular technological consciousness by embracing a systems-oriented approach to human-machine relationships, materialized in military, industrial, and consumer spheres via new interface design regimes and management structures that persistently celebrate heroic ‘operator’ figures and while rendering invisible those whom technology makes vulnerable. Jenna Loyd and Emily Mitchell-Eaton, through reflexive analysis of the potential activism of archival work, draw out the ways regional Cold War geopolitics and military spaces have served as the basis for the growth of U.S. detention and prison regimes both within and beyond the continental United States.